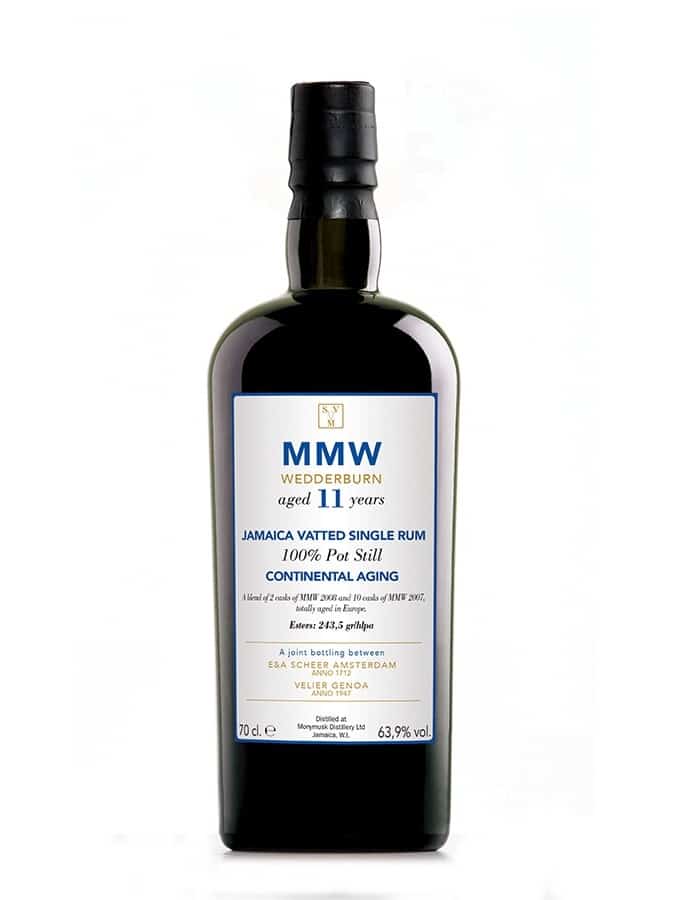 We are proud to present the following new products from La Maison & Velier and E.A. Scheer with the name: ‘The Two Merchants’ !

The idea behind these products is that you can now make a perfect comparison between the ripening of rum in different climates. For this scoop, the same rum was used identically. It was distilled at the same time, in the same distillery and aged in the same type of barrels.

The difference is that one rum is aged in the Monymusk distillery in Jamaica and the other in Europe. The contrast between the two products is enormous and your taste buds will be treated to two completely different creations.

First there are the two products of the MMW Wedderburn (11 years old). Both are distilled in the same way at the Monymusk distillery in Jamaica. The names of the MMW’s speak for themselves: there is the ‘Tropical Aging’ and the ‘Continental Aging’.

The Continental Aging (63.9%) has a milder nose, with smells of frangipane and lime jumping out. The palette of flavours reveals flavours of apple, fennel and ginger. This rum ends with a striking taste of spices and grapefruit. To really tame and get to grips with the strong personality of this Wedderburn Monymusk, it essential to give it time to open up.